About Us, Services, Portals, Athletics (Active Pages) » About Us » 2010 Campus Expansion

Our first campus expansion involved the addition of the Sam & Margaret Lee Arts and Sciences Center. The need for this facility was driven by the lack of adequate science lab and art space for our students in the Diploma Programme. The students were commuting to Tarrant County Junior College to meet their lab requirements for high school graduation.

The Town was fortunate to receive a substantial donation from Mrs. Margaret Lee in memory of her husband Sam Lee for whom the building is named. The more commonly known, Arts & Sciences Building provided much-needed lab and art space to allow the students to expand their knowledge in both subject areas and created additional office space for staff.

When originally planned, the building footprint also included a black box theater/flex gathering space and art rooms. These areas were ultimately removed from the project as the estimated $8 million was not raised in full during the capital campaign.

The building was funded through private donations, the Westlake Academy Foundation capital campaign, and debt which was issued through the Town of Westlake. The final cost for the facility was approximately $5.1 million and was comprised of funding from a variety of sources: 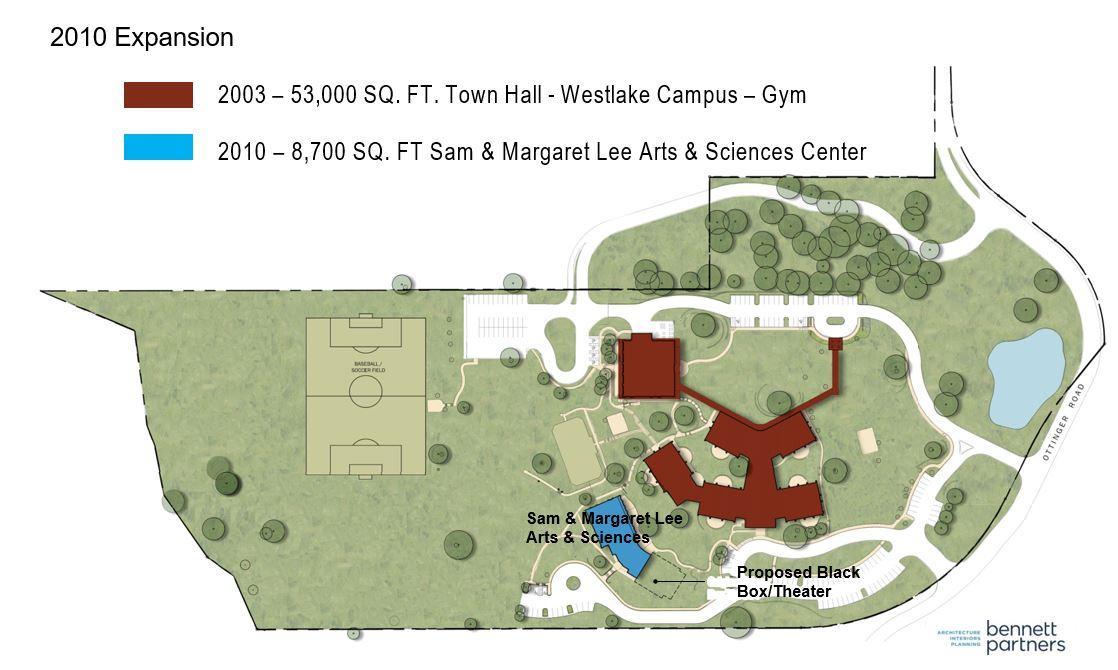